How to Become a Criminal Justice Professional 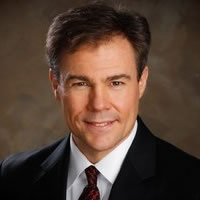 Douglas A. Orr is a professor in the criminal justice department at Washington State University, Spokane. He has quite an impressive background, including a 25-year law enforcement career and numerous research grants. Dr. Orr earned a PhD in criminal justice from Washington State University and an MBA with concentration in human resources from St. Leo University. He also has a Master of Arts in organizational leadership from Gonzaga University and a Bachelor of Arts in religious education from Bob Jones University.

He has worked as a police officer in Washington, South Carolina, and Idaho, and he is also a certified polygraph examiner. Dr. Orr has taught courses on forensic psychology, sexual deviance, crime scene investigation, the psychology of criminal conduct, the impact of terrorism on homeland security, juvenile justice, and violent crime profiling, just to name a few.

What is criminal justice?

The criminal justice system refers to the formal processes and institutions that have been established to apprehend, try, punish, and treat law violators. Thus, the justice system is a mechanism of social control. The main components of the criminal justice system are the police, courts, and corrections agencies. Police maintain public order, deter crime, and apprehend law violators. The courts determine the criminal liability of accused offenders brought before them and dispense sanctions to those found guilty of crime. Corrections agencies provide post-adjudicatory care to offenders who have been sentenced by the courts to confinement or community supervision.

Why did you decide to become a criminal justice professional?

I had originally studied education. To complete my degree, I had to do my student teaching in a local high school for 9th and 11th grades. After a month of that, I figured that if these students could treat me like this, I should be able to arrest them. So I became a police officer.

Seriously, I was employed by the campus police department during my undergraduate studies. During my tenure there, my love for education faded and my longing to be a police officer increased. Following graduation, I applied to the local city Police Department and was hired.

I would have to admit that I wanted to drive fast and arrest people. It only took me a few months on the job to realize that the community depended upon my contribution to society. I do this job now because I don't trust anyone else to do it.

What do you find most interesting about criminal justice?

I find it most interesting that such a ubiquitous system run by imperfect people can run so well.

What is your least favorite aspect of criminal justice?

Are there subfields of criminal justice that students might not be aware of?

Postconviction sex offender polygraph testing has become a formidable industry in our country. Private examiners are enjoying a lucrative profession while judges order convicted sex offenders to be polygraphed every three, six, or nine months while they are on probation. These two-hour examinations are invoiced as high as $500 in the state of Michigan and as low as $120 in Idaho.

What careers do students commonly pursue with a degree in criminal justice?

Most students pursue a career in law enforcement and/or corrections.

Is a graduate degree preferable for a career in criminal justice, or can someone enter the field with a bachelor's degree?

Actually, most can enter the field without a degree at all. Many local sheriff’s offices do not require a college degree. Some police departments require the applicant to have at least 60 hours of college credit. The trend, however, is to compensate the applicant for the degree once they are hired. An applicant with a college degree, depending upon the agency, may enjoy a 3 to 5 percent pay increase upon completion of probation.

Are there common misconceptions about criminal justice?

Unfortunately, media and television contribute to these misconceptions. Perhaps the most significant misperception is that police will find DNA evidence in more than 70% of their sexual assault cases. This is not the case. In fact, it is hardly the case. Most sexual assault cases involve molestation or indecent liberties were no evidence is usually found.

What personality traits do you think a student should have in order to be successful in a criminal justice program?

Be reasonable. Be fair. Command a degree of common sense.

Do you think criminal justice is a subject that can be studied online, or is a traditional class environment ideal?

Either environment is suitable. Both have their strengths or weaknesses.

None. Enter the program with an open mind. It would be favorable that the student have some experience in the business or retail world. Some insight on how to deal one-on-one with people is a big plus.

What pieces of advice, or caution, would you offer to a prospective student of criminal justice?

Do not assume that a criminal justice degree will automatically grant you access to a prospective job. You must be able to identify with people at their own level and deal with them in a commonsensical way.