How to Become a Mathematician 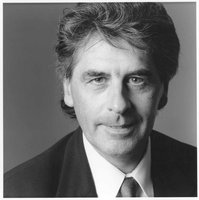 Keith Devlin, a transatlantic mathematician of the highest order, is refreshingly down to earth.

Born in East Hull, England, Devlin would go on to achieve a professorship at Stanford University -- where he co-founded H-STAR, a landmark initiative that concentrates on how technology can better humanity -- and earn fame as "The Math Guy" on National Public Radio.

Yet our interview with him found an clearheaded point of view, proving that math can be for everyone.

Can you recall the instant in your life when you decided to pursue mathematics as a formal career?

Yes. At age 17, in high school in England, I was studying "A-level" mathematics and physics, with a view to pursuing a career in physics. But halfway through the two-year program, I realized that I was more interested in the mathematics than the physics it was intended to support.

Does one need to be a math genius or prodigy in order to fashion a professional career in mathematics?

No, I am neither of them, and nor are the majority of mathematicians. If you are fairly intelligent, all it requires is interest and the willingness to devote time and effort to learn and master, just like any other human pursuit.

Many of our students, both math-impassioned and math-challenged, are on the lookout for useful study tips. Being an elite academic and mathematician, what study techniques would you recommend?

At heart, mathematics is a way of thinking. Reflective thinking is the one and only requirement. A lot of mathematics teaching focuses on mastery of procedures to solve artificial "math problems," selected to be solved in maybe 5 to 10 minutes. But that's not what mathematics is about. To succeed, you need to stop looking at problems in terms of deciding what method to use, and just think about the concept or problem until it starts to make sense.

What electives or courses away from mathematics do you feel harmonize well with intentions for a career in the discipline?

Anything. Mathematics relates well to all disciplines, though often in ways that seem quite different.

H-STAR, the interdisciplinary center at Stanford which you co-founded and executive direct, essentially investigates the ways in which technology can improve human life in several focuses (health, sociology, national security, entertainment, etc.) How did your expansive studies in math generate the concept of H-STAR and continue to fuel it with smart ideas?

I certainly helped shape H-STAR, but equally the developments at Stanford that led to H-STAR, which involved a number of scholars from different disciplines, strongly influenced the way my career developed. H-STAR is built on one simple but powerful idea: Listen carefully to ideas put forward by smart people in different disciplines and different walks of life.

What personality traits would help someone succeed in professional mathematics? Which traits would hinder someone from doing well?

Persistence is the one ingredient that is essential to a career in mathematics. Likewise, a tendency to give up because something seems hard will make it impossible to succeed in mathematics.

Do you believe that math (both basic fields and higher, advanced fields) can be studied successfully online, or is a traditional classroom environment preferable?

Neither really work for most people. Close, one-on-one interaction, or small-group interaction, is the only way for most of us to learn mathematics properly. That's why doctoral students learn that way. Online courses and traditional classrooms can provide useful constituents to mathematics learning. But anyone who thinks that either is enough on its own simply does not understand mathematics. Period. Mathematics is something you do. Instruction can no more make someone think like a mathematician than being shown how to ski or being shown how to drive can make you a skier or a driver. You have to do it, with guidance, to learn it.

You've written more than 30 books on mathematics, maintain several blogs, and even host an NPR show. How has your passion for math led you to expand your reach into literature, social networking, and broadcasting?

Using the available media is an inevitable consequence of that passion to refer to. That's why I have also founded a video game company to build video games that help children learn mathematics, and I am planning to give a free online Stanford mathematics course this fall.

What advice or warnings would you offer to prospective students of higher math in the 2010s?