How to Become a Nun 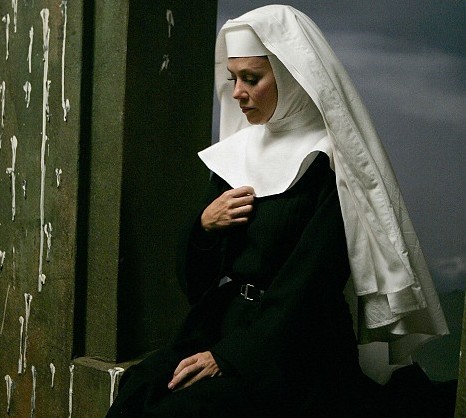 Nuns are women who devote their lives to the service of their religion. Nuns in the United States are typically practitioners of the Catholic faith, but other faiths, such as Buddhism and Orthodox Christianity accept and support nuns as well.

A nun’s duties depend on her religion as well as the order she joins. Nuns take vows that vary by faith and order, but often involve dedicating themselves to a life of poverty and chastity. Some nuns devote themselves to prayer, while others, known as religious sisters, serve their community by helping the poor, teaching in schools, or providing health care.

Nuns of each faith may identify themselves with a specific type of dress, and often live together with other monastics or religious in a monastery, abbey, or convent.

What kind of training is required to become a nun?

Each faith and order sets its own requirements for those who want to become nuns. A woman who wants to become a Catholic nun, for example, must be at least 18 years old, be single, have no dependent children, and have no debts to be considered. Buddhist nuns face similar requirements when considering ordination. Buddhist monastics should be free from family and monetary obligations, such as marriages and debts.

Women who are considering becoming Catholic nuns go through a process of “discernment,” in which they spend some time, typically one or two years, speaking with nuns, visiting convents, attending retreats, and praying in order to determine if they will become a nun and what order they will join. It is possible now for women to undergo this process of discernment at least partly online by communicating with nuns from different orders through email, using matching services, or by attending virtual retreats.

Once a woman decides to become a Catholic nun, she applies to join a specific order by undergoing an aspirancy, which is a period of two to four weeks in which she lives with the other nuns of her order. If the nuns of her order determine she is a good fit, she will be accepted into a postulancy. After several months of living in the order and taking classes, a prospective nun then enters a novitiate. At this time, she will be assigned a new name. After two years as a novice, the nun then takes her first vows, and then after three more years, takes her final vows.

Nuns in the Orthodox church follow a similar path to the one taken by Catholic nuns, with some differences. In the Orthodox church, there are no distinct orders of monastics, for example. The different levels that nuns progress through do not have set time limits and nuns are not required to pass beyond a certain stage, but at least three years must pass between each stage. After the novice stage, nuns may become Rassophores, and then Stavrophores. At the Stavrophore stage, nuns make their profession and are given a new name.

There are few viharas, or Buddhist nunneries, in the United States where women can become novices and learn from teachers. Some novices choose to study at monasteries in East and South Asian countries, but the role of women in monasteries can vary by each nation and culture’s tradition. Aspiring nuns first request refuge, a ceremony of commitment, from their teacher. During this ceremony, they take lay precepts and live under these precepts for several years until they are ready to begin the process of ordination. Novice monks take a number of vows, and depending on their tradition, take 200 to 300 vows to become fully ordained.

There are no government certification or licensure requirements to become a nun.

How long does it take to become a nun?

In each faith, nuns spend many years studying and participating in the life of their monastery before they can take their final vows.

What does a nun earn?

Nuns devote themselves to lives of poverty and simplicity. Unless they perform an additional job, such as working as a teacher or doctor, they do not collect a salary. Some nuns support their monasteries by selling products they have made, but in many cases, the daily needs of nuns, such as housing and food, are provided for by their religious community. Buddhist nuns in the United States, however, may not have this community support as Buddhism is not a major religion in the country and the structure to support monastics is still being established.

The number of Catholic nuns in the United States has declined over the past several decades, and the average age of a Catholic nun in 2012 was 74. Many orders of nuns are eager to accept novices, and while in the past aspiring Catholic nuns were required to be between the ages of 18 and 25, older aspirants are being accepted as well.

What are the long term career prospects for nuns?

Once they take their final vows, nuns are expected to spend their entire lives devoted to their faith. Over the course of their lives, nuns study the teachings of their faith and may become teachers to novice nuns in their order or monastery. Some nuns become the leaders of their monastery, abbey, or convent, directing the activities of their sisters.

In the Orthodox church, nuns who have shown excellence in their service are granted the Great Schema, which some nuns achieve only on their deathbed.

Because the support system for Buddhist monastics in the United States is still growing and evolving, nuns can play an important role in establishing new viharas and nunneries.

How can I find a job as a nun?

If you are interested in becoming a nun, you can start communicating with a monastery, convent, abbey, or vihara. In most cases, if the nuns at the monastery you are interested in feel you may be good fit, you will be able to spend some time there living the life of the monastery. Becoming fully accepted as a religious or monastic depends on the progress you make in your religious studies and on your compatibility with the life of a nun.

How can I learn more about becoming a nun?

You can learn more about becoming a nun by speaking with nuns of your faith. There are now many ways you can make contact with nuns through the internet, or you can locate nuns in your community. They can talk to you about the path that led them to become nuns and give you counsel on your own path.