How to Become a Religious Studies Professional 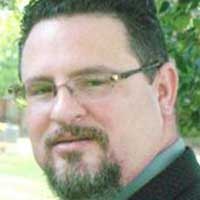 He currently teaches entirely online as part of an interdisciplinary humanities program at the University of North Carolina at Greensboro.

What is religious studies?

Religious studies is not the same as theology (i.e., it is not a tradition-specific or faith-based approach to a set of beliefs or practices undertaken only for the purpose of sustaining a specific religious tradition). The religious studies scholar may study theology, but unlike a theologian, she does not do theology -- at least not under the pretext of religious studies, though her work may be appropriated and used by theologians for theological purposes. In short, the scholar of religious studies approaches religion in the manner that a historian approaches history or an anthropologist approaches anthropology. To this end, “religions” are understood within the discipline as cultural and historical artifacts: human creations undertaken by wildly different peoples in vastly different times and locations for culturally specific purposes.

What do you find most interesting about religious studies?

There are two aspects of religious studies that interest me the most: the first is the incredible diversity of religious expression throughout human history and culture and the second is the interdisciplinary nature of religious studies itself. The first is obvious: Every culture has varied ways of attempting to locate meaning and purpose in life and existence itself, these differences inhering within cultures and traditions as well as between them. This opens up the entire history of human existence to exploration from a religious studies perspective, considering expressions as diverse as the religions of the ancient Israelites of the pre-exilic period to the development of Mahayana Buddhism to current movements like the spread of Pentecostalism and the rise of devotion to Santa Muerta.

The second grows out of the first: In order to do all that religious studies does, it needs a variety of methods and approaches, borrowing freely from disciplines like history, philosophy, literature, anthropology, archaeology, gender studies, and psychology.

What is your least favorite aspect of religious studies?

What I like least about religious studies are the misinformed perspectives of those who don’t understand what the discipline is about. When told my field of study, many people think that I am a pastor of a church or something similar, or, if they are not fond of religion, they assume that what I teach is subjective nonsense and a waste of time.

Are there subfields of religious studies that students might not be aware of?

There are many subfields of religious studies, though what exactly those are varies quite a bit. Historically, Christian institutions have divided the study of religion into three fields: Biblical theology, historical theology, and systematic theology. As religious studies has developed into a nonsectarian discipline independent of its Western Christian theological origins, the resulting divisions tend to depend on the geographical and cultural locations of the religions being studied. Thus most religious studies departments will divide themselves into Western religion, non-Western religion, and something like philosophical, cultural, or theoretical studies. These rather broad classifications are routinely divided into subfields like Chinese religions, Indian religions, religions of the ancient Near East, Islam, ancient Christianity, etc. These may be further divided, often times crossing disciplines, into gender and sexuality studies, religion and literature, race and/or post colonialism, etc.

What careers do students commonly pursue with a degree in religious studies?

The most obvious choice of careers for religious studies students is employment within a religious community itself, though many if not most nonsectarian religious studies degrees are not designed for this purpose. To this end, many students pursue tradition-specific studies after receiving a BA, in order to receive ordination or licensure within a specific religious community. Such careers include becoming a religious leader (pastor, priest, imam, rabbi, etc.), counselor, a missionary, working for a non-profit, etc. Many students will elect to pursue graduate study in order to become religious studies scholars themselves. But because religious studies is so interdisciplinary in nature, so broad in its perspective, and yet so rigorous in its application of analytical and critical thought and research, many students go on to the myriad of careers that require these diverse skills. These include law, business, politics, and most anything else where an appreciation of differences and strong communication, analytical, and critical thinking skills are required.

Is a graduate degree preferable for a career in religious studies, or can someone enter the field with a bachelor's degree?

Whether or not one needs a graduate degree to further a career in religion or religious studies depends on the job they wish to do as well as their specific community. In order to be a scholar of religious studies and teach in the academy, at least a master’s degree is required and a Doctor of Philosophy is preferred. But to teach religion in primary and secondary school, a bachelor’s degree may suffice. In order to be a pastor or preacher, sometimes a BA is enough, though most mainstream religious groups in the United States require graduate study in order to be ordained or certified within a specific tradition or denomination. The same is true of counseling as well as social work.

What personality traits do you think a student should have in order to be successful in a religious studies program?

Students need to be open to the diversity of religious expression that characterizes the human condition. They need to be sensitive to religious and cultural differences, nonjudgmental in their study of cultures different to or even opposed to their own, and rigorously analytical and critical in their application of the many methods and tools employed within the discipline. Most of all, perhaps, they need to love to learn and to ask the next question.

What electives would you recommend that a student in a religious studies program take?

Complimentary electives for religious studies depend in large part on the interest and intention of the student. Languages are a must for postgraduate study: modern German and French are essential as academic languages, as well as those that are specific to certain traditions (e.g., Arabic for Islam, Chinese, Japanese, Tibetan for various Asian religions, etc.) or necessary for historical purposes (Greek, Latin, Hebrew, Sanskrit, etc.). Additionally, electives in history, philosophy, literature and literary theory, art, sociology, psychology, and anthropology are beneficial as well.

What study tips would you give to a student to help him or her succeed in a religious studies program?

Read. Read. Read. And then read again. Close reading, whether of primary or secondary sources, is essential. Be precise in your thinking -- and don’t make assumptions, especially when approaching cultures or traditions different from your own. Be sensitive to differences but rigorous in pursuit of the hard questions. Try and approach a particular study from different perspectives. Most importantly, don’t be afraid to fail and always ask the next question.

Do you think religious studies is a subject that can be studied online, or is a traditional class environment ideal?

Religious studies can be studied online (in fact I now teach all of my courses this way). Some specific courses would require students be physically present (e.g., archaeological techniques), and some might be easier with face-to-face assistance (e.g., languages, though many school have come a long way in the online teaching of the most popular ones). A traditional environment is probably always the ideal, for reasons that have more to do with pedagogy than religious studies per se, but practically speaking, most of us do not live or learn in an ideal world.

Religious studies programs often include their own introductory courses as gateways into the academic study of religion. In addition, however, introductory courses in philosophy, history, and literature are ideal in order to learn the specific approaches of these disciplines as well as the larger context of the world’s major cultures. Basic courses in Western and Eastern civilizations, both ancient and modern, provide such context, as do surveys in literature and art. Introductions to sociology, psychology, and cultural anthropology are also important, as are courses in language. Basically, the courses that constitute the core of the liberal arts tradition provide an excellent basis from which to pursue a deeper study of religion.

What pieces of advice, or caution, would you offer to a prospective student of religious studies?

Begin with a general or introductory study to find out what area(s) you are most interested in before you decide to specialize in any one tradition or historical period. Also, try to stay informed as to what is current in other areas of religious studies as well as the humanities in general -- and any major developments in science that may have significance either for the study of or understanding of religion. Before you pursue graduate study, have some general idea of what you want to do and where you want to do it. Becoming a pastor or a counselor or a social worker or a religious studies professor all require very different postbachelor paths, though an undergraduate degree in religious studies will provide an excellent start.