How to Become a Web Developer 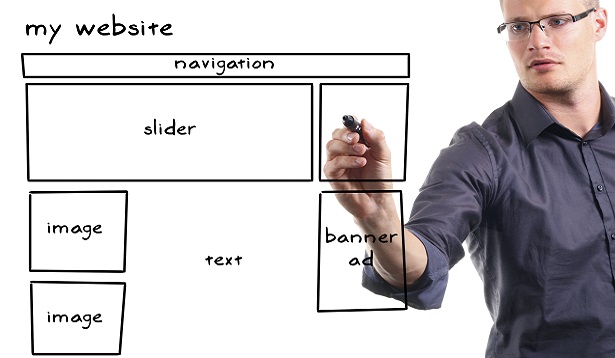 Web developers write the code to create, update, and manage the performance of websites. Creating a website requires knowledge of web design and proficiency in one or more programming languages. Web developers must know how different components of a web environment–such as servers, databases, and applications–work together. They must also consider how users interact with websites so they can create a usable interface and they must know how to test and debug code to ensure their product works correctly in various conditions.

In addition to strong technical skills, web developers must have good communication skills so they can work with clients and determine their needs.

What kind of training is required to become a web developer?

Web developers come from all types of educational backgrounds, and many are self-taught. While some employers or clients prefer to hire a developer with some college education, emphasis in hiring is often placed more on skills and performance rather than formal education.

Web development programs are available mostly at the undergraduate certificate and associate degree level. Students in these programs learn the basics of programming and are introduced to the languages most commonly used to build web pages, like HTML, CSS, and Javascript. Students also learn about database programming and server-side languages like PHP.

While web developers often work on the back-end structure of websites, they can also benefit from learning some web design principles. Web design focuses on the visual appearance and usability of websites. Web designers think about how users typically interact with websites so they can build a page that draws a user’s attention to the most important information. Many colleges offer degree programs and courses in web design, but there are also many resources available online and in other media that prospective developers can use to bolster their skills in this area.

Most web developers, even those with a college education, spend time learning new languages and technologies on their own. Developers can learn by reading books and participating in online communities where they can ask questions and collaborate with others. Developers also learn by doing. Creating a website or application using a new language is the best way to become familiar with that language.

There are no required certifications or licenses for web developers, but many organizations offer voluntary certifications that apply to the trade. Developers can become certified in a specific programming language, like Ruby, Python, Java, PHP, HTML5, or Javascript. Certifications are also available in different development platforms and environments.

To earn a web development certification, one must typically study independently or take a class to prepare for a certification exam.

How long does it take to become a web developer?

While some web development boot camps claim to prepare developers for jobs working with specific programming languages in a matter of weeks, it can take years to master the skills necessary to become a developer. Many web developers become interested in computers and programming at a young age, but others enter the field in their college years or later.

What does a web developer earn?

The Bureau of Labor Statistics projects that employment of web developers in the United States will grow 20 percent between 2012 and 2020, faster than the average growth for all occupations. Job prospects should be best for those who are well versed in mobile development and in multiple programming languages and development environments.

What are the long term career prospects for web developers?

With experience, web developers who are employed by companies can advance into positions with more responsibility, possibly moving into management roles. Those who work independently can attract the business of bigger clients as they build a more impressive portfolio of work. Some developers turn their own original ideas into applications and start-up companies that may become highly successful.

How can I find a job as a web developer?

Many different types of organizations hire web developers to work on staff. You can search for jobs through general job posting websites, but there are some job boards devoted entirely to web development and design jobs.

If you don’t have any previous job experience working as a web developer, you can build your portfolio by creating your own website, building a website for family or for a charity group for free or for a reduced price, and by taking on small freelance jobs. If you are interested in continuing with freelance work, completing small jobs to enhance your portfolio and references can help you land larger jobs.

How can I learn more about becoming a web developer?

The Internet is home to several communities for web developers, and these forums can be a great source of information and advice as you start working toward becoming a developer. Whether you pursue a formal education in programming and design or teach yourself using books and other resources, developer communities can help you work through problems you come across. You can also learn about current trends in web development, which is important in this field because technology can change quickly.